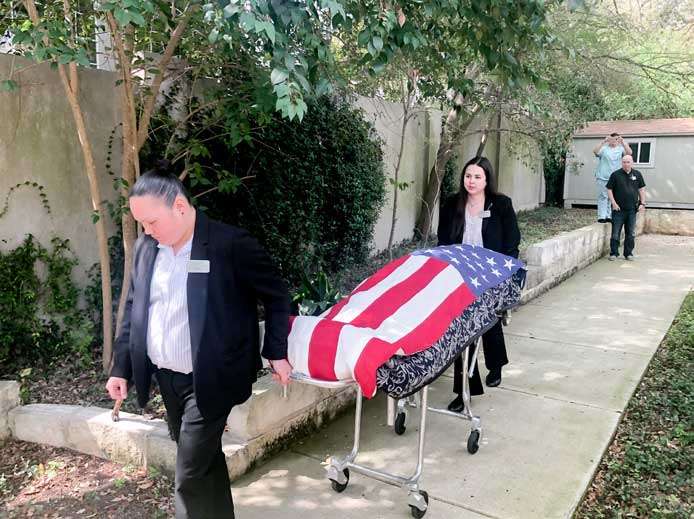 Philip was with us less than 24 hours. During that short time, we felt his spirit and soul.

Those in the military often face their own unique challenges when it comes to death and dying. Philip spent his career in the Air Force. He was a Vietnam vet. When he died, Myra and Macy of Dignity Funeral lovingly and respectfully wrapped him in a white sheet, placed a pretty cover on him and then draped him with the American flag.